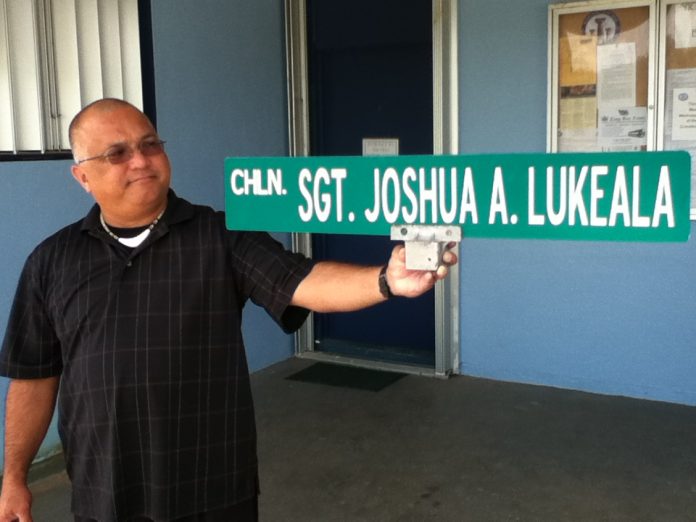 Guam – A street in Yigo has been named in honor of a fallen Guam hero who was killed in Afghanistan.

The Yigo Mayor’s Office and the family of U.S. Army Sgt. Joshua Lukeala held a street naming and dedication ceremony Thursday evening in memory of him.

Lukeala was killed in Afghanistan two years ago Thursday, on June 7, 2010. The vehicle he was riding in was struck by a roadside bomb. Yigo Mayor Bob Lizama says the dedication was talked about for quite some time with Lukeala’s mother, Dorothy.

In the future, Lizama said he would like to see an actual memorial dedicated to Guam’s service members that died in Afghanistan. He hopes someone can appeal to the Guam National Guard or Congresswoman Madeleine Bordallo for help in identifying a possible site.

A Mass for Lukeala was held at 6:30 Thursday evening at our Lady of Lourdes Catholic Church. 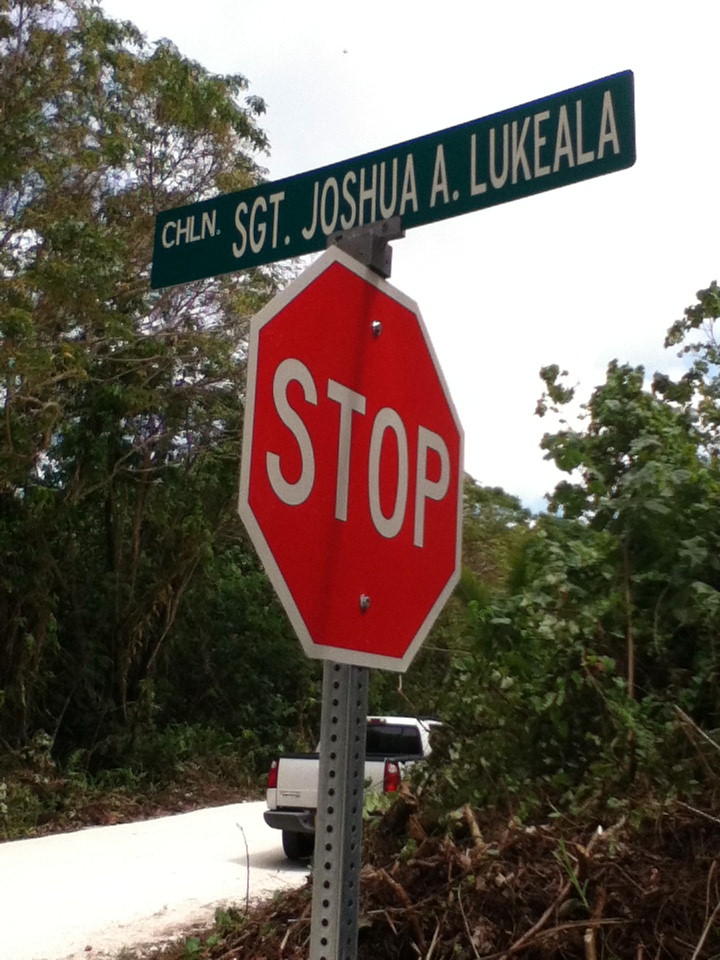