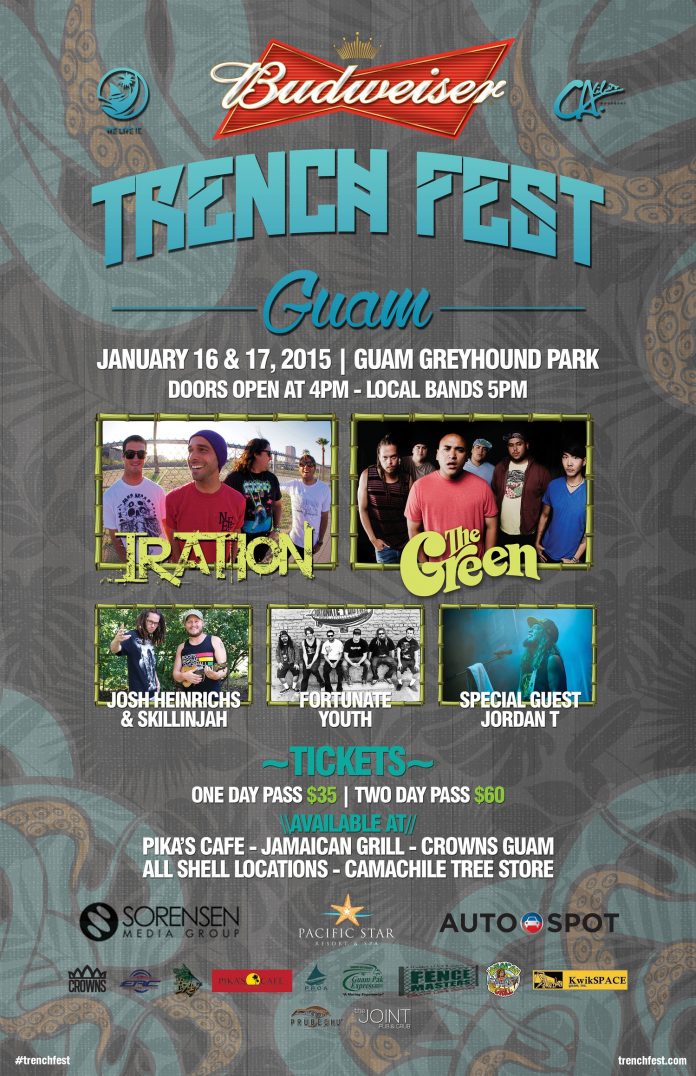 Guam – The Trenchfest reggae festival is this weekend. The event is being put together by a group of young local entrepreneurs, in fact they’re all first cousins which is why the O’Mallan and Santos brothers say Trenchfest will be a fun filled family affair.

“Me the Santos brothers and the O’Mallan brothers they’re a family of five boys and in my family there’s four boys,” said Nick Santos

The O’Mallan and Santos brothers are first cousins who are teaming up to throw the Trenchfest Reggae festival this weekend at the Guam Greyhound park. “We always knew we would do something together as a group because we bond so well together we’re all like brothers we don’t really have too many friends outside of our little circle it’s just sort of like our cousins and our extended family.”

This all started back in California where they were promoting their t-shirt brand Calibis. They sponsored some large reggae festivals where they would share some good Guam BBQ at their tents. By sharing food and Guam hospitality they made friends with some of the most popular reggae artists on the West coast.

“They always remember Guam just by our food,” said Trenchfest promoter John O’Mallan “They kept asking why don’t we throw a show why don’t we do a concert that’s how things started to come to fruition,” said Santos. Now The Green, Iration, Fortunate Youth, Josh and Skillinjah will all be playing the two day festival. “The public can expect a more festival type feel versus a concert an actual concert. What we’re trying to do is get as much vendors out as we can so that people actually have something while their there listening to the music,” said Santos adding “What we’re really trying to bring together is the people. Bring out their families and come and enjoy Guam as a whole.” “We’re doing it for Guam we really are man,” said O’Mallan

COVID vaccination age eligibility still at 55, but may be lowered...