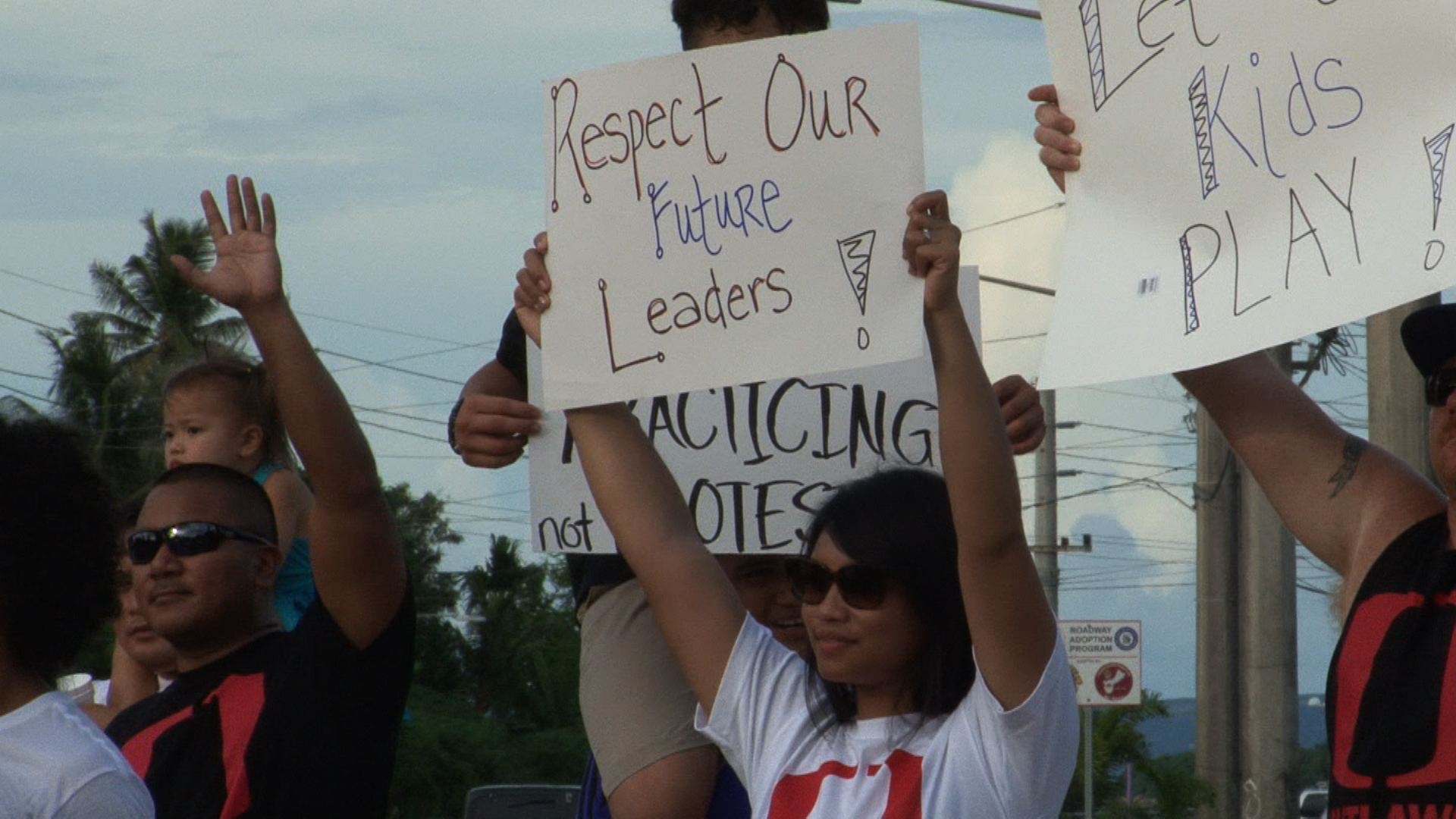 “Should a hundred kids suffer for one adult’s post?” – Johnavan Tamayo

The Piti mayor has banned the Faha Outlaw youth football team from using a field in his village that they have been practicing at for years. Yesterday (Weds.) team members and parents showed up to protest Mayor Jesse Alig’s decision to bar them from using his field for practice.

“We still reached out as an organization. We issued a letter of apology. We’ve had numerous calls to his office and we’ve had visits to his office in which he’s just denying to see us and I believe as a public official you should always keep the lines of communication open,” said Tamayo adding, “Should a hundred kids suffer for one adult’s post?”

Mayor Alig spoke to Patti Arroyo on K57 this morning (Weds.) saying, “That is untrue. We have had incidents with the organization since February and my council and I feel that they just have a lack of respect that they have for my staff, the office and our community. This is our home and as a council we agree that if we cannot meet their expectations then they can find a home in the South where most of their membership is from.” Mayor Alig added, “I haven’t also heard from any Piti parents or Piti youth saying they are part of the organization.”

Tamayo says that they do have cheerleaders and players in their organization who are from the village of Piti.