In the team’s Week 7 match, Warfield scored the lone goal in the 1-0 contest against the Guam Shipyard Wolverines, an intense match for the Tigers, playing without any available substitutes.

“Playing matches without substitutes is tough – you really got to push yourself hard playing every minute,” Warfield said after the match. “You have to take advantage of any scoring opportunity, but really play hard on defense.

“This is my first season coming back to soccer and my first with the Tigers. It’s been great – I’m part of a good team and play for a good coach. I joined to get away from (American) football for a bit and try something new in Guam,” added Warfield, a sixth-grader at Guahan Academy Charter School, who moved with his family to Guam in 2009 from Saipan.

In the other U12A match, the Wings defeated the Orange Crushers 8-1, with four goals from Mark Iseke and two from twin brother Matthew. Ryan Kent and Kyle Halehale also scored for the Wings. Hayden Morgan scored the Crushers’ lone goal.

In other Week 7 matches, the Wolverines defeated the ASC Trust Islanders Asut 2-1 in the U17 division with goals from Jestin Escobar and Napu Mesa. Christian Quichocho scored for the Islanders. 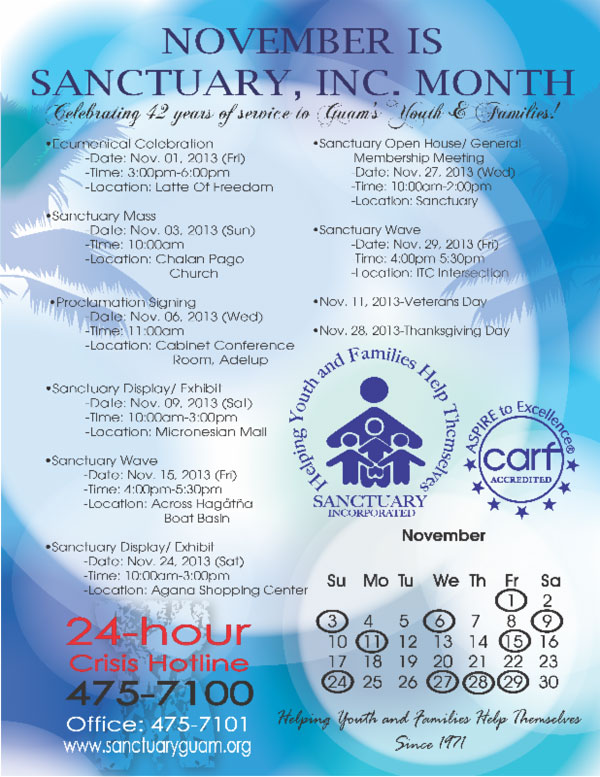 The Sidekick SC edged the Wolverines 2-1 with goals from Austin Duenas and Andrew Unpingco. Brianne Leon Guerrero scored for the Wolverines.