In the Southern Cobras’ late morning U14 match of the Triple J Auto Group/Docomo Pacific Robbie Webber Youth Soccer League at the Guam Football Association National Training Center, 13-year-old Russell Perez incorporated some humbling lessons he learned playing up at the U17 division for two years.

“Since the Cobras didn’t have a U14 team for a while, I played up at the U17 division for four seasons,” said Perez, an eighth grader at Oceanview Middle School. “The U17 division was really hard – I hardly got the ball, and when I did get the ball, it was gone right when I touched it. It helped me, though.

“At the U14 division, there are a lot of national team players playing on the other teams, so it’s still challenging,” the Santa Rita resident added.

The Cobras, which had a U12 team last season, had enough players to move up to the U14 division this season, with players having to adjust to the regulation size field and playing with 11 players instead of nine.

Thanks to his experience playing for the Oceanview Knights’ soccer team, Perez’s teammate, Nathaniel Diaz, didn’t have many issues adjusting to the larger field size. 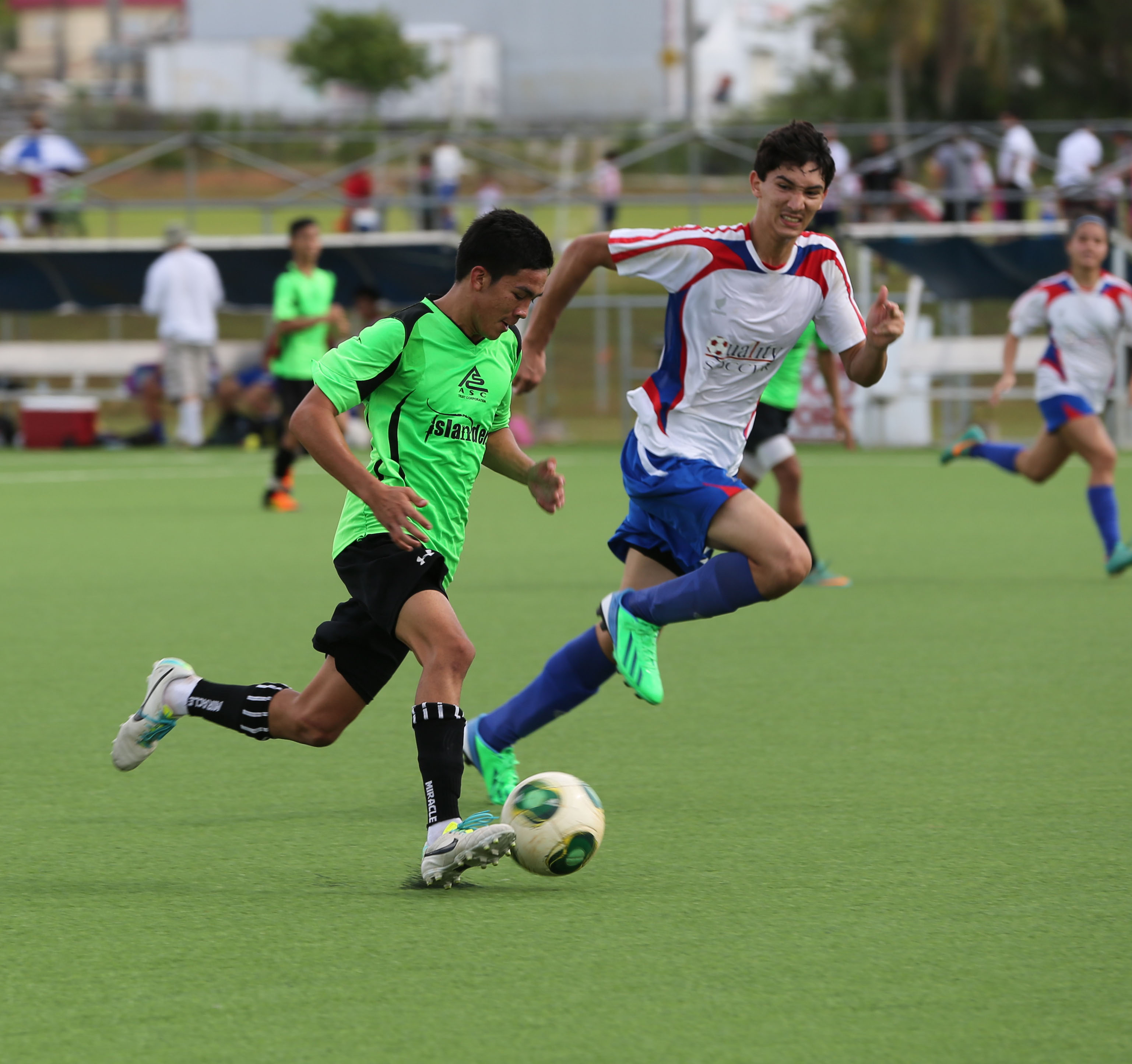 “It is different playing on the bigger field, but I got used to it when I played for Oceanview,” said Diaz, a seventh-grader at the middle school. “Our (club) team has been improving a lot from last season with all of us moving up to U14, even with the bigger field.”

Mia San Nicolas scored twice in the ASC Trust Islanders’ 4-2 win over the Cobras. Gabriel Tan’s penalty kick and a Cobras own goal added to the final goal tally. Perez scored both of the Cobras’ goals. 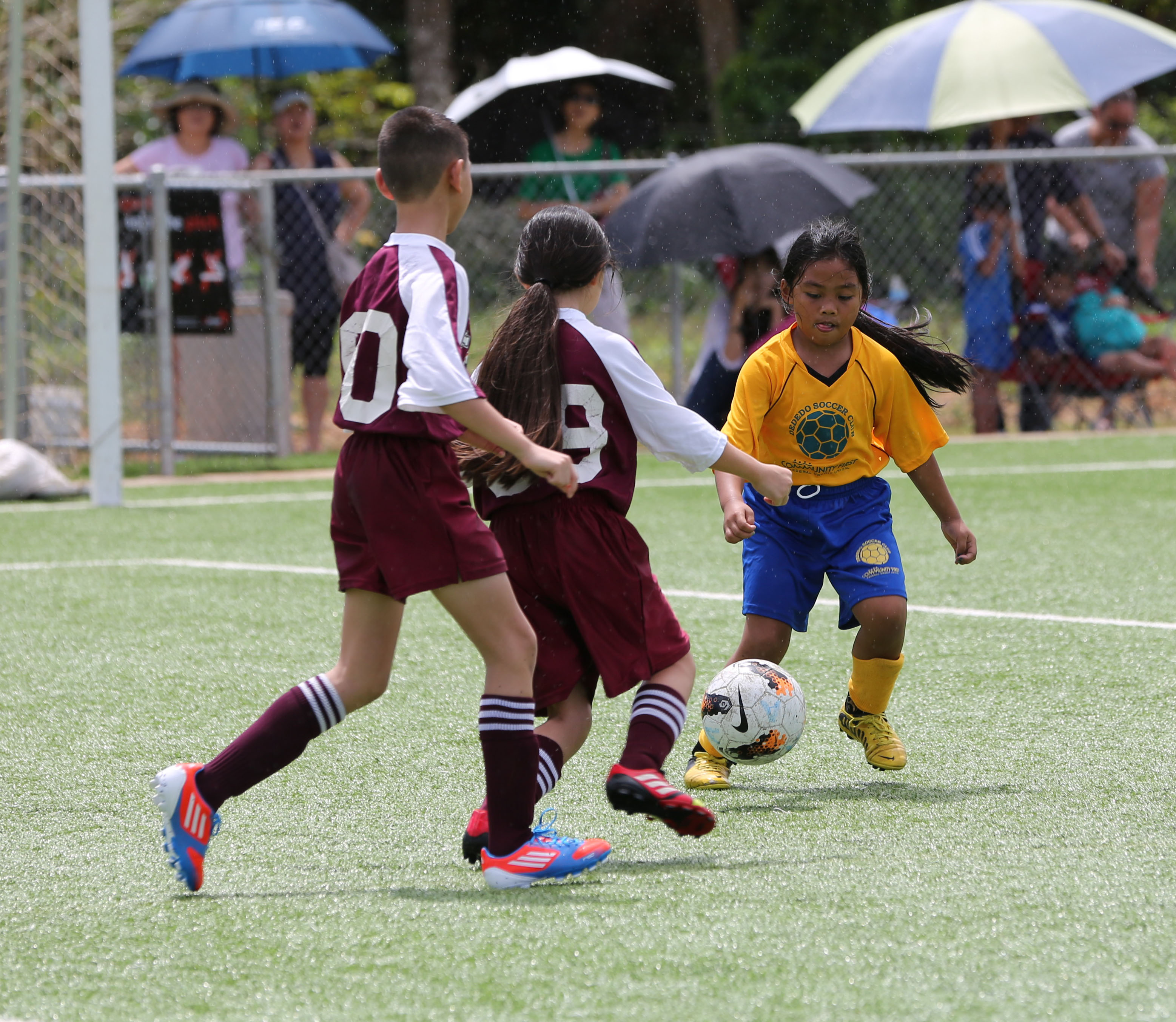 Jordan Jasmin, Phillip Caguioa, Sean Evans, and Hinako Ito all scored in the Wings Black’s win over the Islanders Apaka.

In the U12A division, the defending champions Guam Shipyard Wolverines Blue defeated the Crushers A 4-1. The Wings Red blanked the Tigers, and the Islanders Betde defeated the Sidekicks 9-2.