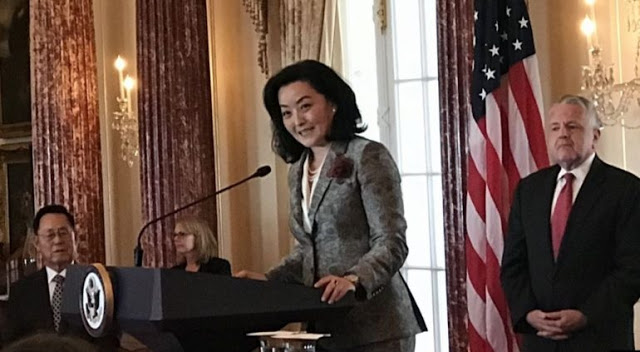 Yuri Kim was sworn in as the U.S. Ambassador to Albania Thursday during a ceremony at the State Department in Washington D.C.

Kim was born in Korea but moved to Guam when she was 3 years old. During her confirmation hearing before the U.S. Senate in October she proudly called Guam her home.

Kim is a graduate of the Academy of Our Lady of Guam. She has been a State Department Foreign Services officer for more than 20 years.

Prior to her appointment as ambassador to Albania she served as Director of the Office of Southern European Affairs.

Kim is the first Korean-American woman to represent the US as an ambassador and the first person from Guam to serve as a U.S. ambassador.