Guam – 22 year old Zachary Tenorio has been sentenced to 4 years in prison after plead guilty to “voluntary manslaughter” in the stabbing death of his older brother, Jake Tenorio.

The 25 year old Jake graduated from the U.S. Naval Academy in May of 2012. He was stationed in San Diego and assigned to the U.S.S. Bunker Hill. Zac was in San Diego for a jiu-jitsu tournament when his brother was found stabbed to death inside Jake’s Mission Valley Apartment on the morning of  Sunday January 27th.

At an earlier hearing,  FOX5 and ABC 10News in San Diego quoted San Diego Deputy District Attorney Roy Lai as saying that Zac “plunged a 6-inch kitchen knife into the chest of his older brother …. during the alcohol-fueled struggle on January 27th, but did not call for help immediately.”

U.T. San Diego reports that in Court on Friday a prosecutor said Zac “called police about nine hours after his brother suffered the fatal injury” and “there had been some kind of altercation between the siblings the night before, when both were drinking alcohol.”

“Tenorio told authorities that he blacked out and did not know what happened,” according to the U.T. report.

According to the report, during the sentencing hearing, San Diego Superior Court Judge Runston Maino said he, too, was unclear about what led to the slaying. The paper quotes Judge Maino as saying “I cannot figure this out.”

The paper also reports that Judge Maino had “read several letters from family members and supporters who said that killing was not a part of Tenorio’s character, and that he had a close bond with his older brother.” 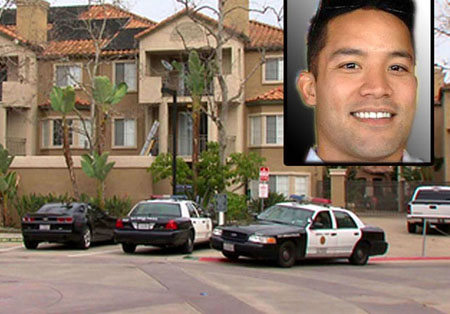