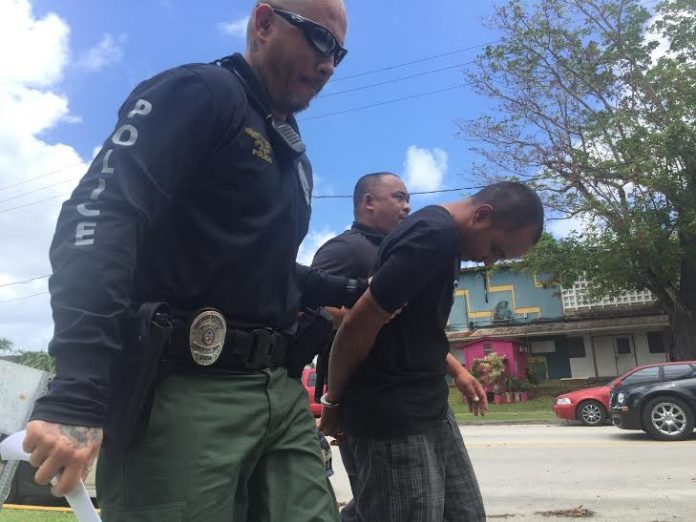 Police Asking For Other Victims to Come Forward

Guam – Officers with the Criminal Justice Strike force arrested, Zachary Ellis Carriaga of Chalan Pago for 9 counts theft by deception. According to GPD Public Information officer AJ Balajadia, Mr. Carriaga is accused of deceiving numerous people out of money by offering to sell tools at a cheap price. He would have the victim drive him to a house where he would ask for the victim’s money and then he would tell the victim to wait in the car while he got the tools inside the house. However, Mr. Carriaga would never return and once the victims began to look for him they would realize that they were at an abandoned house. This was reported to GPD by Mangilao Mayor Nito Blas who was one of Carriaga’s victims. Mr. Carriaga was arrested at a residence in Pago bay. This case remains open. If anyone else is a victim of Mr. Carriaga’s scam please contact the Guam Police Department at 475-8615-17 and ask to be connected to a Criminal Justice Strike Force officer.